Grace Ann Schwab was born August 12, 1924 in Pittsburgh, Pennsylvania. Her interest in art developed early and parallels her study of piano and guitar. She was a graduate of San Jose State University with a degree in fine art. Her love of the creeks and wooded hills at home in Pennsylvania and desert plants in California are clearly reflected in her work.

After her time in California, she spent several years in Siena, Italy where she studied guitar with Andres Segovia. After returning to the United States, she taught music and art in Washington D.C. and later Annapolis, Maryland. There she studied art with Donald Coale among others. Her composition and use of color echo the many masters she studied. Her love of swimming, boating and the water are evident throughout many for her paintings, as was her love of raising fox terriers.

Grace returned to Pittsburgh in the mid 70’s. It is believed she stopped painting due to phobias regarding the paint materials around this time. She moved to Butler County in 2002 to live with family as her health started to deteriorate due to a form of dementia. Grace Ann Schwab died peacefully in the fall of 2006 at the age of 83.

Her sister, Helen York said of Grace, “She always felt she did art work for her own sake, for her own experience. Many of them she never signed. She was not a person who had conventional designs on life. Her life was her involvement with her work and her love of her guitar. She was soft-spoken and kind and generous. She gave much even though she had little.” 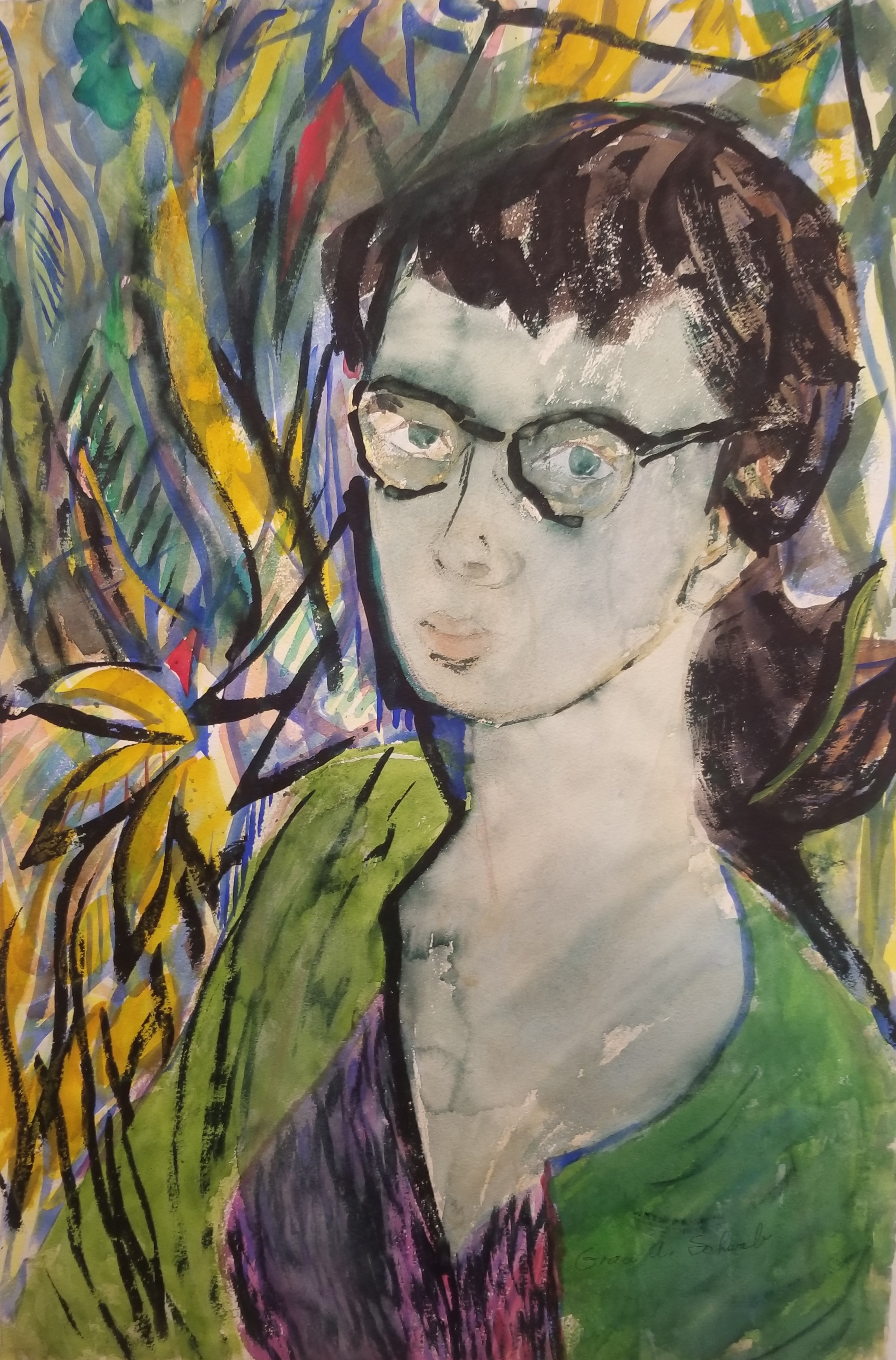